Beautiful, fierce and deadly, Hallgerd is not a woman to be taken lightly, ripping through husbands like a falcon through its prey.  But has she met her match in Gunnar, a true Viking hero?

Katy Cawkwell tells episodes from the great Icelandic Saga of Njal, bringing before you the passionate queen who curses the lover half her age when he leaves her and the initially poignant, finally devastating stories that unfold.  Darkly comic, tragically romantic by turns, this tale will have you gripped and offers a fascinating glimpse into pagan society in the land of fire and ice.

Katy has been working as a professional storyteller since 1996 in venues across the UK and Europe, including a national tour of performances of The Kingdom of the Heart in collaboration with cellist Sarah Llewellyn-Jones, produced by Adverse Camber and supported by Arts Council England funding.  Her shows have appeared three times at the Barbican Pit Theatre and Beyond the Border International Storytelling Festival in Wales.  In 2008, she was one of four storytellers shortlisted for the Arts Foundation Storytelling Fellowship; this led to another performance at the Barbican and a spot on BBC Radio 3’s The Verb.
Katy has also worked in educational and corporate settings, including Royal Opera House Adult Education, English National Opera, The Barbican, The British Museum, The National Gallery, several government departments, countless schools and companies large and small.

She recently moved to Devon and has begun to run Storytelling in Topsham. 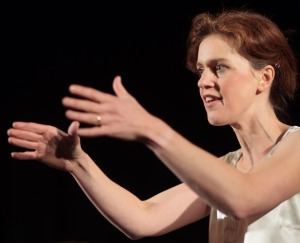